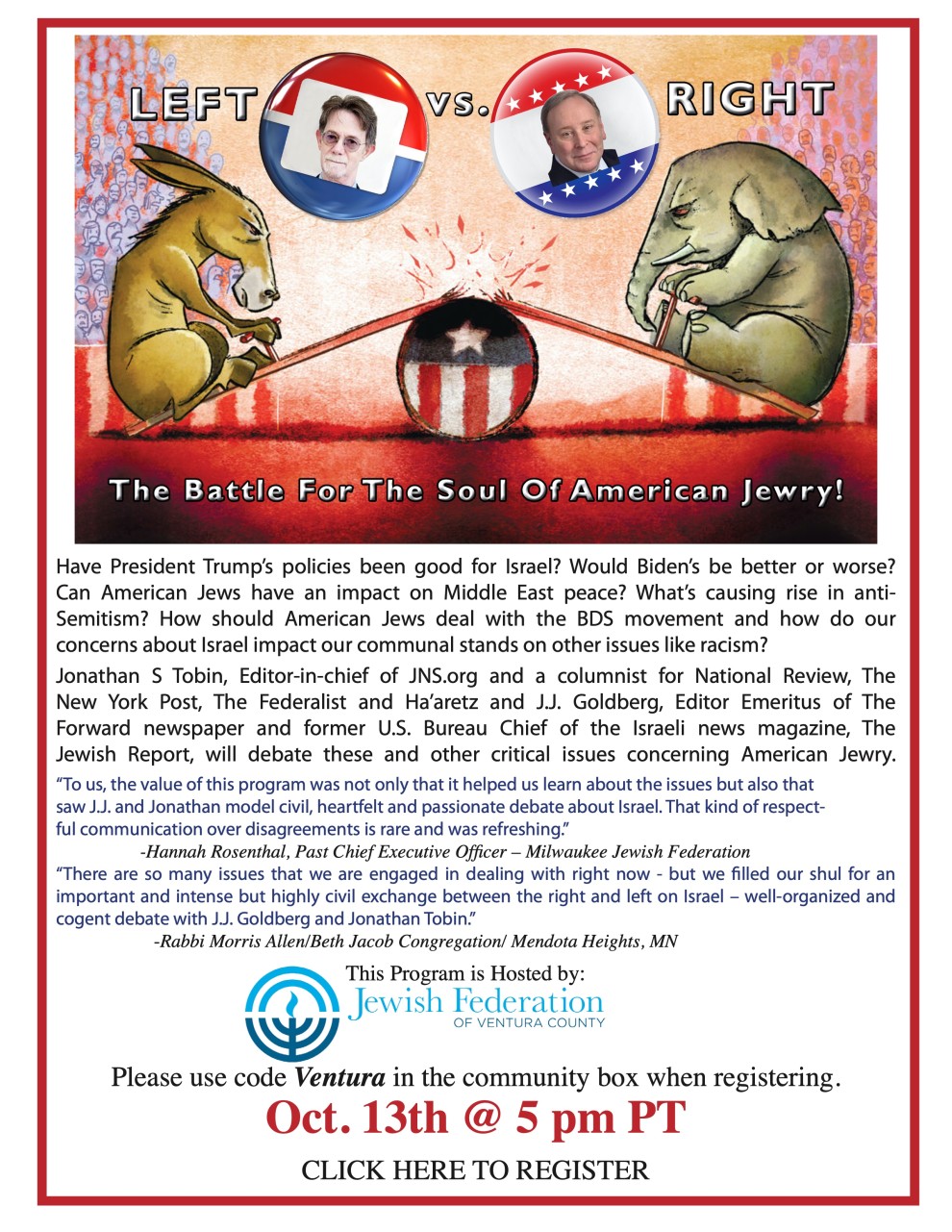 Have President Trump’s policies been good for Israel? Would Biden’s be better or worse? Can American Jews have an impact on Middle East peace? What’s causing rise in anti- Semitism? How should American Jews deal with the BDS movement and how do our concerns about Israel impact our communal stands on other issues like racism?

Jonathan S Tobin, Editor-in-chief of JNS.org and a columnist for National Review, The New York Post, The Federalist and Ha’aretz and J.J. Goldberg, Editor Emeritus of The Forward newspaper and former U.S. Bureau Chief of the Israeli news magazine, The Jewish Report, will debate these and other critical issues concerning American Jewry.